Skip to content
Home/Education/What is selenium and its Components? 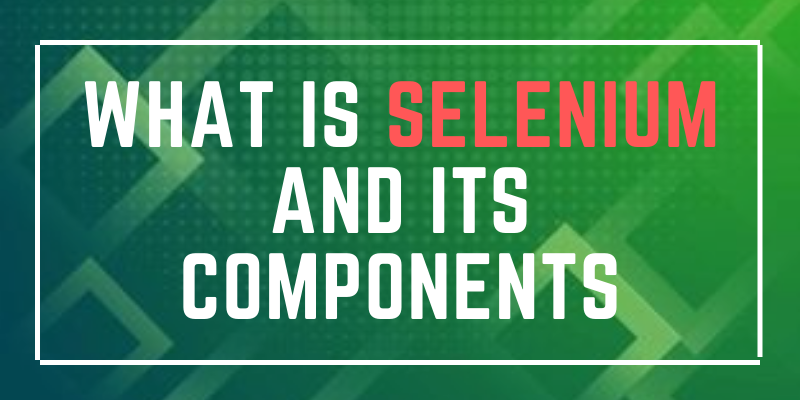 What are the components of Selenium?

The Selenium components are given below:

Selenium IDE is the most basic Selenium suite. Selenium IDE enables script recording and playback. It works with the Firefox extension. You can record, edit, and debug various tests using Selenium. The record and playback function helps in learning. It serves as a one-stop shop for developing and maintaining various suites.

Selenium Remote Control is a tool that assists in developing test scripts for web-based applications written in any programming language. It consists of two parts they are launches and browsers. For various web requests, this server acts as an HTTP proxy server. It also works with various client libraries. Selenium RC was the first tool to support multiple programming languages, including Java, Ruby, Perl, PHP, and others. In Selenium, start the server before the tester begins the execution. The Selenium server terminates the browsers and executes Selenium commands, which act as HTTP proxy servers and intercept messages. To know more about the Selenium RC, join the Selenium Online Training .

Selenium RC’s Web Driver is an extension. It applies to all current browsers and platforms. It is not needed to start the Selenium server before running the various test scripts. JavaScript is not required for the Selenium Web driver. It was created to support dynamic web pages, in which any elements on the page can change without needing the page to be reloaded. It provides an API that improves support for web testing applications. The web driver is designed in such a way that it calls the browser directly using native automation support.

Selenium GRID is a suite that specializes in running multiple test cases concurrently. These can be numerous browsers, operating systems, and machines running in parallel. It makes use of the hub-node concept. Selenium GRID means running the test on a single device but executing it on multiple nodes. Selenium GRID facilitates parallel execution and makes the GRID platform independent. It is also not browser-specific and works with all browsers.