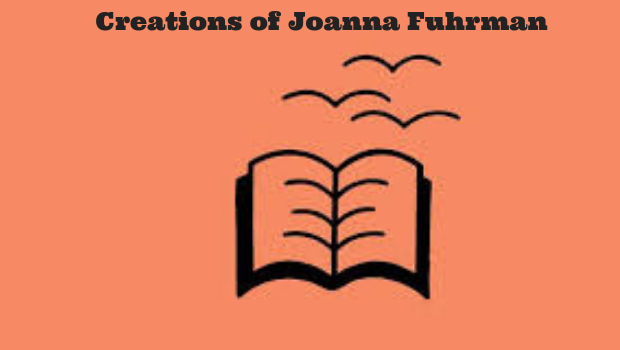 One of the many things I like about Fuhrman’s work is how different it is from my own. Whereas my poems are rooted solidly in the somber, disembodied darkness of life and the inevitability of death, Fuhrman’s poems embrace the possibilities of language through a fierce intellect, playfulness, and a wit. “Trigger Guard” is an example of Fuhrman’s ability to fuse aesthetic pleasure with a meaningful pattern. The poem intrigues us beginning with its title. A “trigger guard” is a loop surrounding the trigger of a firearm to keep it from accidentally discharging; thus, the poem becomes an agent of protection for the speaker/poet. At times, the playfulness of the language belies the seriousness of the speaker’s conflict; however, the voice of the poem does not let us forget that a gun is a central metaphor.

Beautiful places in the poem

“Trigger Guard” is built on fifteen stanzas of couplets with each stanza comprising an independent clause, each couplet representing a different account of the image introduced in the first two lines. “Everyone I ever loved is standing / on a platform with a gun.” This is a particularly loaded opening as not only are there weapons involved, but the weapons are held by all of the people with whom the speaker has intense emotional relationships. Along with the speaker, we are greeted with a threatening picture. But immediately after, the poem veers into a light, iconic image: “In the cartoon version, / a flag pops with the word ‘bang.’ ” A passive-aggressive gesture, but perhaps a false alarm.

The poem proceeds to move through a series of references to pop culture, politics, and literature, each a commentary on the violence of existence. Although the images suggest disturbing situations, the speaker’s tone remains matter-of-fact and controlled. The white space and heavily end-stopped lines move the poem along cautiously while the parallelism of “In the…version” of each stanza’s first line grounds the poem, allowing the partner images of each second line to flirt with the surreal: “In the lucid dream version, /

I kiss a muzzle and it blossoms.” When we reach the end of “Trigger Guard,” ultimately, the transformed “muzzle” of line 28 is linked back to the gun as a destructive force: “In the music video version, / a gun turns into a mouth.”

Perhaps more interesting than my analysis of “Trigger Guard” would be the poet’s own thoughts on her work. And so most happily, I was able to ask Ms. Fuhrman a few questions about “Trigger Guard, “and she kindly provided answers.

MALONE: Is “Trigger Guard” based on a dream you had?

FUHRMAN: Yes, the first image came from a dream. I’m impressed that you guessed that!

MALONE: Did the title of the poem immediately suggest itself, or did you need some time to decide on it?

FUHRMAN: The title came after the rest of the poem was finished. I don’t think I even knew what a trigger guard was. (I’m a stereotypical city gal.) I decided to look up the names of the parts of guns online for a title idea, and saw that term and thought it was a good metaphor for what the poem enacts. So it was a lucky discovery.

MALONE: The tone of “Trigger Guard” becomes playful at times: “In the Chekhov version, /(well, you already know.)” and “In the Langpo version. / idolatry yips yaps paradigm the.” But firearms are rarely associated with it. Do you think poetry in the 21st century can still be inventive?

FUHRMAN: Yes, I think poetry needs to be inventive to be poetry. What else does poetry do but continually reinvent language and our perception of the world? If I’m not surprised by poetry, I’m not terribly interested.

MALONE: Is your aesthetic influenced by anyone poet or school of thought?

FUHRMAN: Yes, most obviously and deeply the New York School and Surrealism. “Trigger Guard” strikes me as a blatant—or should I say obvious—tribute to Kenneth Koch’s playful re-imaginings and cubist jokes, but it could also be said to be in the tradition of Stevens’ “Thirteen Ways of Looking at a Blackbird.”

Everyone I ever loved is standing

on a platform with a gun.

In the cartoon version, a flag pops

with the word ‘bang.’

In the soap opera version,

my face turns the color of merlot.

In the haiku version,

metal gleams in the narrow shadow.

In the Republican version,

two guns wrap themselves in a single flag.

In my diary version,

I wonder why everyone hates me.

In the indie film version,

a gun flickers over a mumbled tune.

In the Chekhov version,

In the 10 o’clock news version,

the crisis in violence is rising.

In the action film version,

a shot means profits are rolling.

In the catalog version,

the smoke’s hue is a burnished moss.

In the teen movie version,

a nerdy gun removes her glasses.

In the lucid dream version,

I kiss a muzzle and it blossoms.

In the music video version,

a gun turns into a mouth.

2 thoughts on “Creations Of Joanna Fuhrman”